“The history woven into this story is amazing! It’s worth the time and money to read.” – “A Maiden’s Honor” (The Woman from Eden Book 1) by Josanna Thompson

The history woven into this story is amazing! It’s worth the time and money to read.By Nancy DillowThis story is quite complex, but, there is so much description of the people, times, and places, that you can almost imagine being there. There is a major character, Sarah Campbell, who was born and raised in the South Seas. Her parents were Scottish, but, Sarah considered herself as pure Polynesian. A corsair ship captures Sarah and her father with the intent to sell her at the slave market in Algiers on the Barbary Coast. Her captor and protector, Hassan Aziz is between a rock and a hard place, as he tries to keep her with him because of his feelings. There is a subplot interwoven – two cousins – Abigail and Cora. They have been given into the custody of Naa’il who is the Algerian Bey. Naa’il has been told that one of the girls is a virgin and the other is not. Because Cora offers herself up to save her cousin, the Bey decides that she is the impure one, and treats her accordingly. And then the plot thickens. 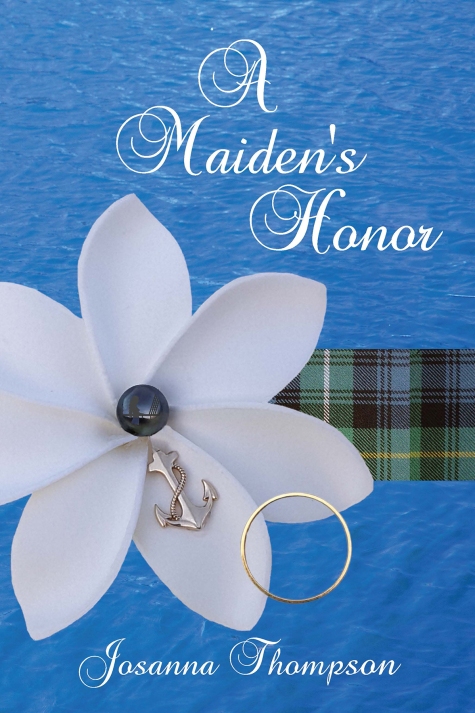 “A Maiden’s Honor”(The Woman from Eden Book 1)by Josanna ThompsonCan be found at: