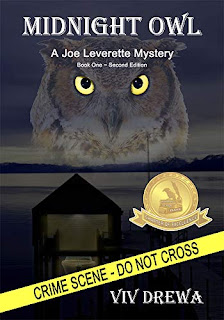 Detectives Joe Leverette and Philip Marsden are assigned to investigate the murder of a woman who was found dismembered in Port Huron, Michigan. After investigations, it is discovered the murderer is going after the individuals who found each of the body parts.Leverette becomes interested in Carole Sage, one of the women involved, who is a sensitive but is unable to pursue her due to her involvement in the case. His colleagues in the police force notice the infatuation he has for the woman, but she does not.The witnesses dream about the murderer removing the particular body part they would eventually find, are startled awake and then they hear an owl hoot several times. Fearing skepticism, they don't reveal their dreams to law enforcement.Carole Sage actually sees the original murder plus the murder of the individual witnesses. Police Chief Billingsley understands the gift she possesses and arranges a sting operation in order to catch the murderer which fails. Two witnesses are dead and they don't want any more to die.This books is for 18+ due to the violence.

5.0 out of 5 stars Highly Suspenseful, Well-Written Murder Mystery
Reviewed in the United States on December 25, 2015

Format: Kindle EditionVerified Purchase
This highly suspenseful, well-written murder mystery opens with a grizzly, horrific murder that gives nightmares to several people not related to the murder in any way. Likable, believable characters draw the reader into the nightmare, while the baffled but competent police work feverishly to stop the killer before he kills again. I highly recommend this book. Ms. Drewa, write faster!