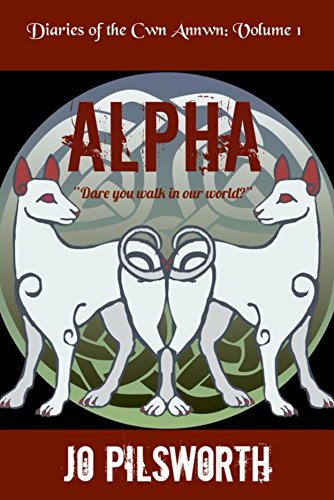 Can a Welsh legend, born in the 15th century, still be relevant in the 21st century?
"I have walked this world for 410 years, with 170 years having passed since I assumed the role of Alpha of the Cŵn Annwn. In that time, I have seen the world change dramatically from an agrarian society to one where common words include terms like ‘global warming’ due to the pollution levels engendered by mankind’s activities in less than a couple of centuries. I have found my Mate, I have lost close family, and throughout, I have remained true to my promise to my Goddess.""I harvest souls.""My duty lies with my Goddess, who has tasked me with bringing her the souls of evil-doers. Strange how they seem a tad reluctant to pay for their evil. But there is more to my role than that. For all the evil in the world, there are innocents, and as the gatekeeper to the Underworld, not the Hell that modern religions would suggest, but a place of rest, my Goddess has charged me to bring those for whom a reward for their suffering is due. For them, there is the choice of rest, or rebirth. Most choose rest, and paradise for each is different.""I was born Gabriel Black, although for the last few centuries, I have been known as Gavril Negrescu. These are our tales of my Mate and my Pack, our sorrows and our triumphs. Perhaps one day, evil will be no more. I am not holding my breath."“Alpha” is the first volume in “The Diaries of the Cwn Annwn” series and may be read as a stand-alone novel. Gavril and his Mate must lead their Pack through an ever changing world. Has mankind evolved enough that they are no longer needed?

A FEW KIND WORDS ABOUT ALPHA

Format: Kindle EditionVerified Purchase
Gabriel is the Alpha of the Cwn Annwn pack who are charged with collecting the souls of the evil. First, he needs to find a mate and heads for the Carpathian Mountains. Here while in his human form, his wealthy host invites him to take part in a wolf hunt. He masks his abhorrence and is obliged to join in and I thought this difficult situation was handled well by the author.Meeting his mate Aaleahya, they set out to fulfil their task given to them by the goddess. Their relationship is strong and surrounded by romance and tragedy. Along with the rest of the pack, they preside over many historical man-made disasters intervening to destroy the evil perpetrators where possible and save the souls of the innocent. They journey through the second world war, the post-war soviet take-over, a hunter in the US and even the Aberfan tragedy.Every aspect of this book is well-thought-out, researched and believable. It is a rich tapestry, artfully describing many historical events. I engaged with the many characters in the pack and enjoyed seeing justice carried out. I’m now looking forward to the next book.

Email ThisBlogThis!Share to TwitterShare to FacebookShare to Pinterest
Labels: (The Diaries of the Cwn Annwn Book 1) JO PILSWORTH FANTASY, LEGEND BASED FICTION, ROMANCE